Bite size small, rich and buttery traditional French cake-lets. All you need is a platter of Madeleine and your coffee / tea break will be a success! Serves 6. 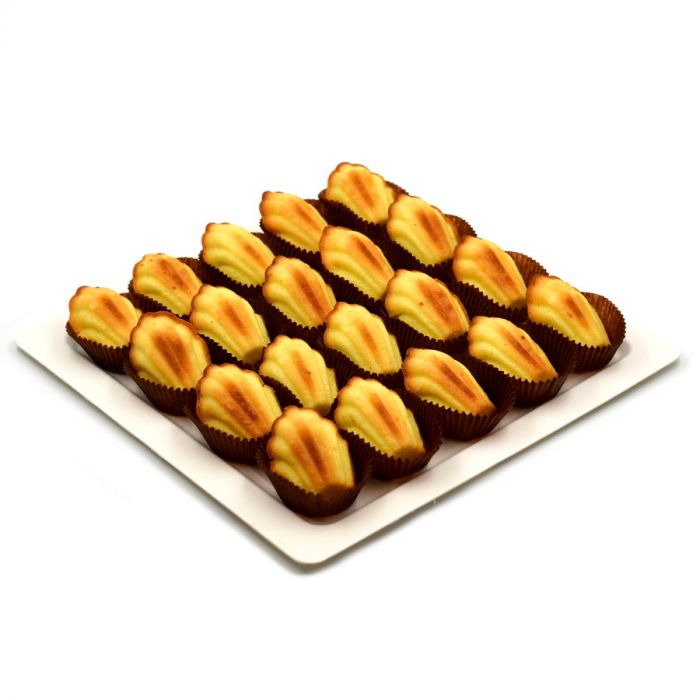 This kind of traditional French small cake with shell shape has a sweet and moist taste. It is eaten together with coffee or hot tea, and is often considered to represent the sweet food of France. We specially added fresh lemon peel and milk to make the taste even fresher.

"A small scallop like cake with a hard pleat is a feast for the senses." - Marcel Proust (Remembrance of Things Past).

Madeleine is a kind of French dessert, a small cake with a round belly and a shell shape. It is often served with coffee or hot tea, which is very common in France.

According to legend, Madeleine originated in the French town of Commercy. In the 18th century, there was a church in Commerce, St. Mary Magdalen. Because of the shortage of funds, nuns often subsidized their expenses by selling desserts.

And so it came that the nuns sold Madeleine's recipe to the local bakers. Because Madeleine's method is simple and delicious, the bakers of Commercy began to make a wide range of small cakes in the shape of shells and sell them in oval shaped cans.

Madeleine's approach and recipe were very simple, suitable for home cooking. But it's Marcel Proust, a French literary giant, who spread the word and enshrined it to cake halls all over the world.

Because of the taste memory of the shell cake, he wrote a long literary masterpiece "reminiscence of the past", in which Mr. Swan, although he saw Madeleine several times in the window of the cake shop, did not really realize its charm until he really tasted the snack. The Madeleine taste was then chiseled into him taste buds for ever. And so it also put the shell cake on the stage of history, making Madeleine a small cake with nostalgia.