Pizza Margherita has stringy Mozzarella cheese atop a home made tomato sauce and chewy, crunchy crust. Most iconic and popular pizza in the world! 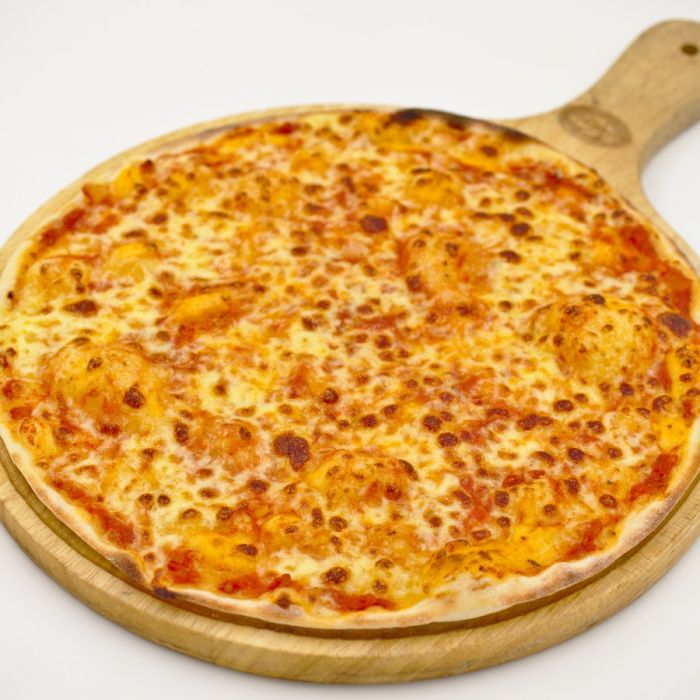 It's the expression of simple elegance! A perfect match of tomato sauce, fresh mozzarella cheese and crispy pizza crust.

Assembly of the Pizza:

Pizza originated in early Greece. They first baked a large, flat and round bread and put olive oil, spices and potatoes on it. At that time, tomato was not used as food.

In the 18th century, the form of pizza that we see now evolved in Italy, but only the dough, without any ingredients, so it is called "pizza", which means "flat bread" in Italian.

About 1889, when Queen Margherita and King Umberto were touring their kingdom, they saw that many common people were eating very large and flat cakes, so they asked their bodyguards to get those flat cakes to them. Because the queen liked the pizza very much, they decided to include it in her daily diet.

Rafaelle, the pizza master, was invited to bake pizzas for the queen. He specially made a pizza with tomatoes, cheese and fresh basil on it (the color is the same as the red, white and green color of the Italian flag). As a result, it became the favorite pizza of the queen, which became the Italian diet legend, called Margherita pizza.

This legend started in Naples, Italy and then slowly spread all over the world. And now pizza is a very popular and well known dish.