One platter full of soft and moist Banana Bread Slices. 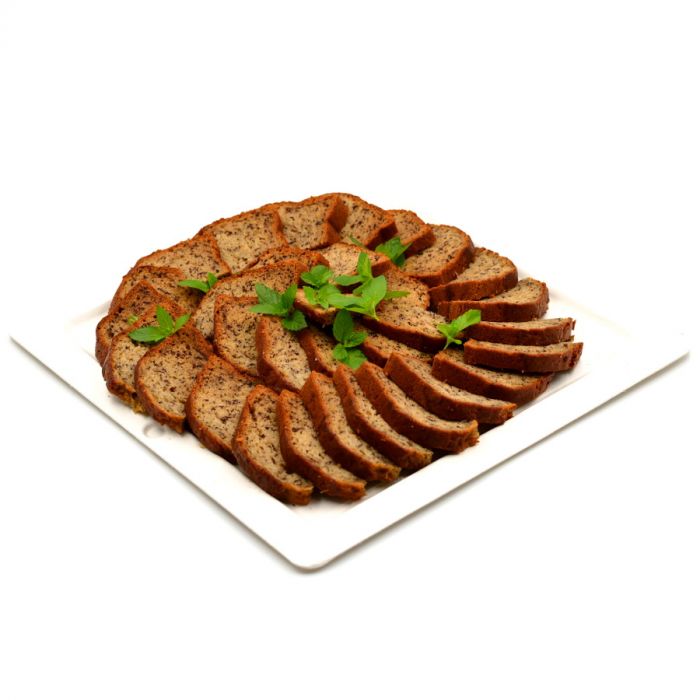 This banana bread is fluffy, moist, tender and infused with banana flavor.

Please eat the banana bread once you receive it. If you must keep it to next day, then refrigerate it.

To serve again, warm up inside microwave for 2 minutes or in the oven for 10 minutes at 165 ℃.

Banana bread according to history have been invented during the Depression era of the 1930’s by housewives finding other means of making some extra money at home, during this time baking soda and baking powder is also starting to get popular which was a key ingredient in making this kind of bread.

During the depression era, groceries tried find ways to monetize overripe bananas, by giving away free recipes which called for overripe bananas like in muffins and pancakes. Back then, despite a lot of effort those recipes did not become popular even-though they made it into many cookbooks.

Then the 1960’s came along and revived home baking trend again, that in turn led increasing popularity of banana bread due to the simplicity of its preparation and the number available recipes in cookbooks.